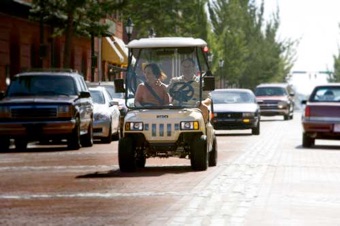 The zero-emission LSV from Augusta, Ga.-based Club Car carries up to four passengers and builds on the Villager’s history of providing dependable, energy-efficient transportation for thousands of businesses and consumers worldwide. 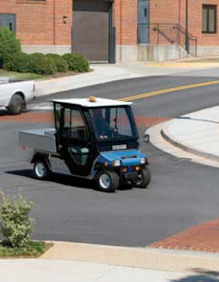 Customers have until the end of the year to take advantage of a federal tax credit – based on the Energy Improvement and Extension Act of 2008. The credit is equal to the sum of the base credit of $2,500 plus $417 for each kilowatt hour of battery capacity in excess of four kilowatt hours. For those who qualify, the credit would amount to $4,168, almost half the base price of the $8,876 Villager 2+2. Some states have additional tax credits that can lower the purchase price further. The credit amount is scheduled to reduce to a minimum of 10 percent of the MSRP as the end of 2009.

LSVs are the fastest-growing segment in what is known as the small task-oriented vehicle (STOV) market, increasing by nearly 50 percent in the last year, according to International Market Solutions, a NY-based research firm.

According to a study conducted by Green Car Institute, a nonprofit California research corporation, consumers and businesses are using LSVs instead of cars or trucks with gasoline internal combustion engines for daily short-distance trips and for cargo transport. In the same survey, LSV owners said they purchased the nimble, street-legal vehicles because they offer an environmentally friendly mode of travel, save on gasoline and fit their lifestyle and business needs for economical transportation. 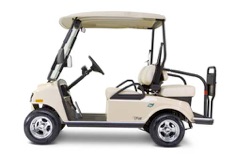 The four-wheeled motor vehicles weigh less than 3,000 pounds and have a top speed between 20 and 25 mps. Currently LSVs are allowed in 47 states and the District of Columbia on many roads where the posted speed limit is 35 mph or lower.

Military bases, college campuses, residential neighborhoods and urban environments with congested driving and parking conditions are among the target markets for the new LSV, according to Robert McElreath, Club Car’s vice president for global marketing, who notes the vehicles’ wide-ranging benefits. 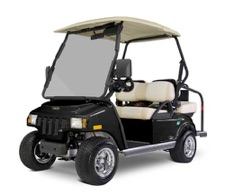 “Even when the purchase of an LSV does not replace a personal or commercial vehicle, it will replace many of the miles a vehicle with an internal combustion engine is used for, and that’s going to translate to fuel and energy savings as well as convenience,” said McElreath.

Club Car vehicles are sold through authorized dealers. To locate a dealer, go to clubcar.com and click on Dealer Locator.

Club Car, which is the world’s largest producer of four-wheel, small task-oriented electric vehicles, was one of the first manufacturers in the LSV market, partnering with General Motors in 2003 as part of a test program. In 2008 Club Car introduced LSV versions of its Carryall 2 and Carryall 6 utility vehicles aimed at commercial and government markets. The latest Villager model has been restyled to appeal to commercial and consumer users with a priority on comfort, convenience and efficiency.